Many people have heard of Leukemia, or lung and breast cancer. However, the lesser known head and neck cancer is just as serious.

While the name might be unrecognized, the disease is actually very common.

Dr. Michael Gibson at the University Hospitals Seidman Cancer Center says, about 63,000 to 65,000 people are diagnosed with the cancer each year in the United States. 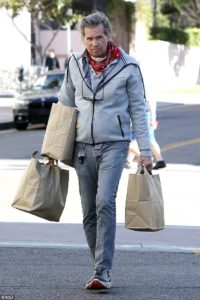 Kilmer reported having a lump in his throat and a swollen tongue, both common symptoms for those diagnosed with the disease.

While Kilmer ended up denying the reports, some are not as lucky.

But several treatment options are available and should be discussed with a health care provider.

For more information on the disease watch the full story below. Or tune this week’s episode of California Life with Heather Dawson airing nationwide.