A trip to tinseltown would not be complete without visiting the world famous Hollywood Bowl. The outdoor amphitheater was built in 1922 and for over seven decades has featured some of the most memorable music moments in history.

The Hollywood Bowl is synonymous with Los Angeles. In the early 20th century, a group of music lovers discovered that the canyon in which the Hollywood Bowl is situated has a very great natural acoustic. Since 1922 the Los Angeles Philharmonic has performed every summer at the bowl and their recurring performances is what truly started the phenomenon. 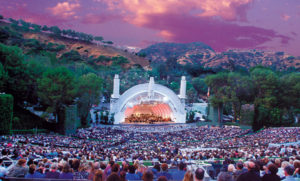 The Hollywood Bowl is one of the worlds largest natural amphitheaters, seating just under 18,000 people. Its landmark shell has been reconstructed over the years to suit the times, with the most recent reconstruction dating to 2004. The reconstruction’s purpose was to accommodate larger, more complicated shows and install up-to-date sound systems and technology.

Legendary artists like Frank Sinatra, Barbara Streisand, Aretha Franklin and Garth Brooks have all donned the Hollywood Bowl stage. The Beatles were the first ever rock-and-roll band to perform at the bowl in 1965. Another first came from the chairman of the board, Frank Sinatra. In the 50’s he was the first non-classical artist to perform on the Hollywood Bowl stage.

Every year the bowl offers the famous summer concert series with all-star lineups and plenty of fireworks. The lineup always offers a variety of artists from a variety of genres to ensure that everyone in Los Angeles has something they want to see. 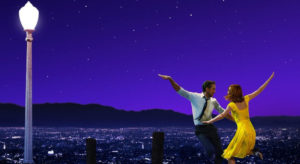 This year, the La La Land global concert will be the season opener for the Hollywood Bowl summer series. At the Hollywood Bowl performance, La La Land Oscar winner Justin Hurwitz will conduct a 100-piece symphony orchestra and jazz ensemble set against film pieces from the Damien Chazelle-directed original musical.

The world premiere event at the bowl will celebrate the film and embrace the legendary venue that is in the heart of the film’s setting.

To purchase tickets to the legendary event click here. For more on the history of the Hollywood Bowl watch this weeks episode of California Life with Heather Dawson or watch the clip below.

THE MOB MUSEUM LAUNCHES ONCE UPON A TIME IN VEGAS SWEEPSTAKES, LIMITED-TIME EXHIBITION TO CELEBRATE 25TH ANNIVERSARY OF ICONIC FILM CASINO