Recent studies show there are over two million amputees in the United States alone. And while some people are in need of a hand or a foot, Sherron Couldren was in need of all four limbs. 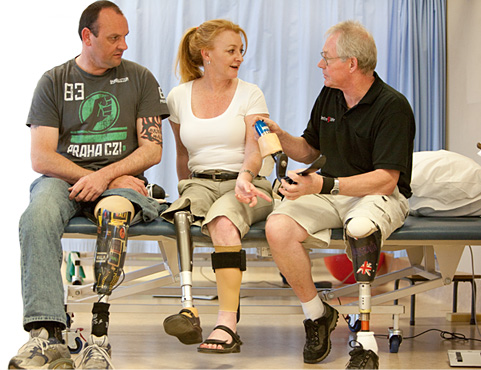 In 2016, Couldren developed septicemia – a deadly blood infection that caused her to lose all of her limbs, parts of her face and tongue. Although she was lucky to be alive, life as she knew it would never be the same.

“When I went to turn over in bed I couldn’t because my feet were gone,” said Couldren as she reflected on the days after the procedure.

Couldren had always been a caregiver, spending her time taking care of her children, parents and friends. But since her time in the hospital, these regular tasks that once seemed so mundane suddenly appeared far out of reach – until now.

Couldren’s ultimate Mother’s Day wish came true as she was recently given two bionic hands. These I-LIMBS from Touch Bionics give her nearly full range of movement of her fingers and hands.

By refusing to accept her unfortunate reality, Couldren is now mobile, independent and full of joy with an entirely new perspective on life. Watch the full episode below for more on this inspirational story.