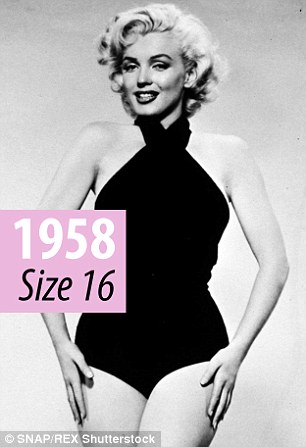 When most people think about Marilyn Monroe being a size 16, many picture an image of a large woman.  But the truth is, a size 16 in the 50’s is equivalent to a size 6 today.

It’s called “vanity sizing” and designers have learned that women will pay more to take a size 4 rather than a size 14. Putting smaller numbers on bigger clothes has gone mainstream and largely depends on the brand.

Stores like Cache may stay true to the real woman while other stores have just reinvented the scale.  Chico’s did away with the traditional 6, 8, 10, 12, 14 concept from the start in lieu of one that sizes clothing from 0 to 3.  Because, let’s face it, who doesn’t want to buy a size 2 instead of a 10? 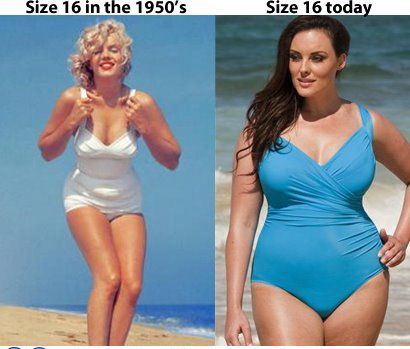 Vanity sizing started in the 70’s resulting in the Department of Commerce officially withdrawing commercial sizing standards in 1983.

Basically, clothing sized in the 1950’s can be cut in half for an idea of today’s mainstream sizing.

Couture clothing proves the number is just as important as the tag. It’s hard to find designer brands above a size 8, Even XL pants from Italian designer Roberto Cavalli are vanity sized at 30 at the waist – the equivalent of a Banana Republic 12.

“They’re make you feel good pants and you’re smaller size than you were,” Ortiz explained.

And it’s not just women, Vanity sizing is apparent in men’s clothes as well. To learn more, watch the full segment below airing across the globe on California Life with Heather Dawson.