John Lennon’s iconic 1971 album Imagine, featuring his famous plea for peace and unity that imagines “all the people sharing all the world,” is being celebrated and intimately explored with a comprehensive box set, two acclaimed films and a beautiful book that will be released just ahead of what would have been the legendary artist’s 78th birthday.

In 1971, John Lennon and Yoko Ono conceived and recorded the critically acclaimed Imagine at their Georgian country home, Tittenhurst Park, in Berkshire, England, and in the state-of-the-art studio they built in the grounds, as well as at the Record Plant in New York.

The best-selling single of Lennon’s solo career, the titular song was famously written as a plea for world peace. The Guinness World Records British Hit Singles book named it the second best single of all time and Rolling Stone ranked it number three in their list of “The 500 Greatest Songs of All Time.” The song has been covered by everyone from Stevie Wonder, Elton John, Ray Charles, Madonna, Willie Nelson, Neil Young, Diana Ross, Herbie Hancock and Joan Baez.

Imagine – The Ultimate Collection is a historical, remixed and remastered 140-track six-disc box set fully authorized by Ono Lennon, who oversaw the production and creative direction. Spread across four CDs and two Blu-ray discs, this truly unique expanded edition offers a variety of listening experiences that are at once immersive and intimate.

Thames & Hudson (UK) and Grand Central Publishing (US) will release Imagine John Yoko by John Lennon & Yoko Ono. Personally compiled and curated by Ono Lennon and packed with exclusive, previously unpublished material, Imagine John Yoko is the definitive inside story – told in revelatory detail – of the making of the legendary album and all that surrounded it: the locations, the creative team, the artworks, and the films, in the words of John & Yoko and the people who were there. 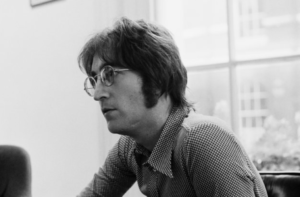 John Lennon is one of the world’s most celebrated songwriters and performers of all time. And, with a message as universal and pertinent today as it was when the album was created, Imagine secures John & Yoko’s collective place in cultural history.