Joel Taylor, the LA by way of Sydney, Australia, multi-instrumentalist, has released the new video, “ Moment’s Notice ,” via an exclusive premiere on Variety. This is the follow up single to “Give Myself Away,” which featured a video directed by actress Courteney Cox, and 2017’s double single, Two Sides. “Moment’s Notice” is Joel’s most intimate offering yet, extremely personal while resonating universally. 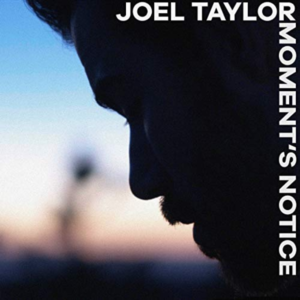 Directed by Phillip Montgomery, the video stars Joel himself, Graham Sibley ( Sully, Jane The Virgin ), Sarah Sutterback ( Grey’s Anatomy, The Ghost Whisperer ) and marks the acting debut of Sage-Quinn Blair. With its unique mixture of desolation and beauty, the Mojave Desert provides the perfect backdrop to visually enhance this story of a tumultuous family and the painful effects of alcoholism and domestic violence, with which Joel unfortunately has firsthand experience.

After growing up avoiding the landmines of a powerfully divided household, Joel felt the need to escape and at the age of 18, a week after graduating from high school, he moved to America to start his life from scratch. He calls “Moment’s Notice” his “gospel hymn about rebirth,” inspired by that time in his life. 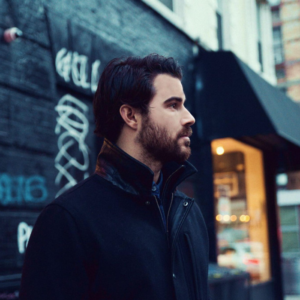 After relocating, he finally felt like he found what he was meant to be doing with his life, creating stories and making music. Once in LA, Joel began playing his trade at local piano bars, interspersing his own originals with standards. Sharing a house with noted guitar-maker to the stars, James Trussart, he found himself constantly surrounded by a consistent cast of musical characters that added to the color of his burgeoning, musical narrative.

At any given time, Joel could walk downstairs for his morning coffee and be greeted by the likes of ZZ Top, Jackson Browne, Lianne La Havas, John Oates and Robbie Krieger, John Densmore and Chris Robinson who he later sat in with for The Doors 50th Anniversary.

Absorbing these moments, being a working musician and perfecting his songwriting craft, Joel came into his own as an artist. He is currently putting the final touches on his debut EP, due out in early 2019. The debut EP will be followed by his first headlining US tour.

Check out the segment below for an exclusive interview with California Life HD in the studio to learn more about the talented Aussie!