Diagnosed with myeloproliferative neoplasms (MPN) at 37 – Nick- a father of two finds himself fighting questions of worsening symptoms and possible death. His life as a family man is just beginning to settle when the rare blood cancer that affects the production of blood cells through a chronic abnormality in his bone marrow strikes. 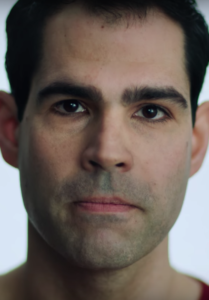 The new documentary Something So Rare (Cynthia Wade 2018) features a variety of stories that all begin with their diagnoses of a chronic blood disease that is classified as a blood cancer. Words that are spoken by the film participants who are diverse in age and race include; fear, paralysis and isolation when describing their initial reaction to their diagnoses. Father’s Challenge is one of four stories in the documentary and proves that the questions over 200,000 Americans diagnosed with MPN find themselves asking are startling. It is important to listen to their stories and spread awareness to create community.

Daily symptoms painfully affect the entire body, and that is just the physical aspect to MPN. Nick’s story is so powerful because he shares his life with a loving wife and two sons. His diagnoses has required great mental strength.

Above all else, the film demonstrates hope. Nick and his family model the type of community that the film aspires to create.