Frank’s RedHot Wasn’t Kidding—Apparently You Really Can Put That S#!t on Everything, Including Game Day Ads

On Sunday, February 3, 2019, Frank’s® RedHot® will run #FranksSweepstakes on Twitter, asking participants to “Put That Emoji on Everything” for a chance to win products or services seen on Game Day. 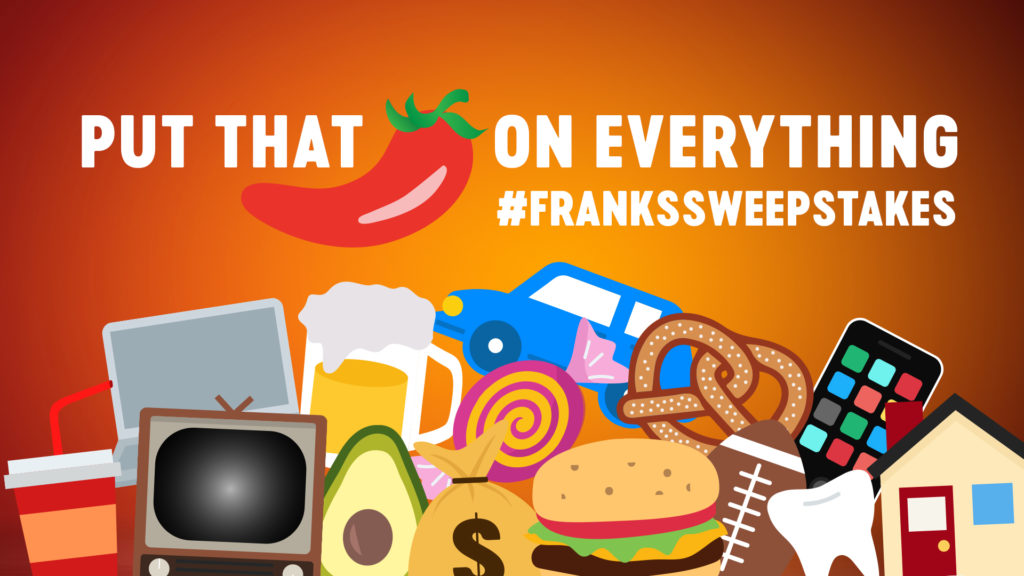 The sweeps works like this — during an ad for a product or service in one of the categories designated by Frank’s, just tweet the Cayenne Pepper emoji and the corresponding emoji representing that category (beer, car, avocado, etc.) plus #FranksSweepstakes, and you’ll be entered for a chance to win the related prize like a trip, gift cards and even a car.

Filmmaker, chef and author Andrew Rea of YouTube’s Binging with Babish has partnered with Frank’s RedHot to develop three Game Day recipes. Each recipe takes a creative spin, highlighting the perfect blend of flavor and heat from Frank’s RedHot by putting that s#!t on party classics.

The three recipes, which promise to be the perfect addition to your game day party, are below.

Frank’s is also asking participants on Twitter to “Put That Emoji on Everything” during game day for a chance to win prizes like gift cards, a trip, and even a car with #FranksSweepstakes.