Last night at the 2018 Academy Awards “The Shape of Water” shattered records on IMDB and took home four awards, including Best Director and Best Picture. Check out Heather Dawson’s live interview with Best Director Guillermo del Toro backstage at the Palm Springs Film Festival to see him explain how he dreamed the Best Picture winner as a child. 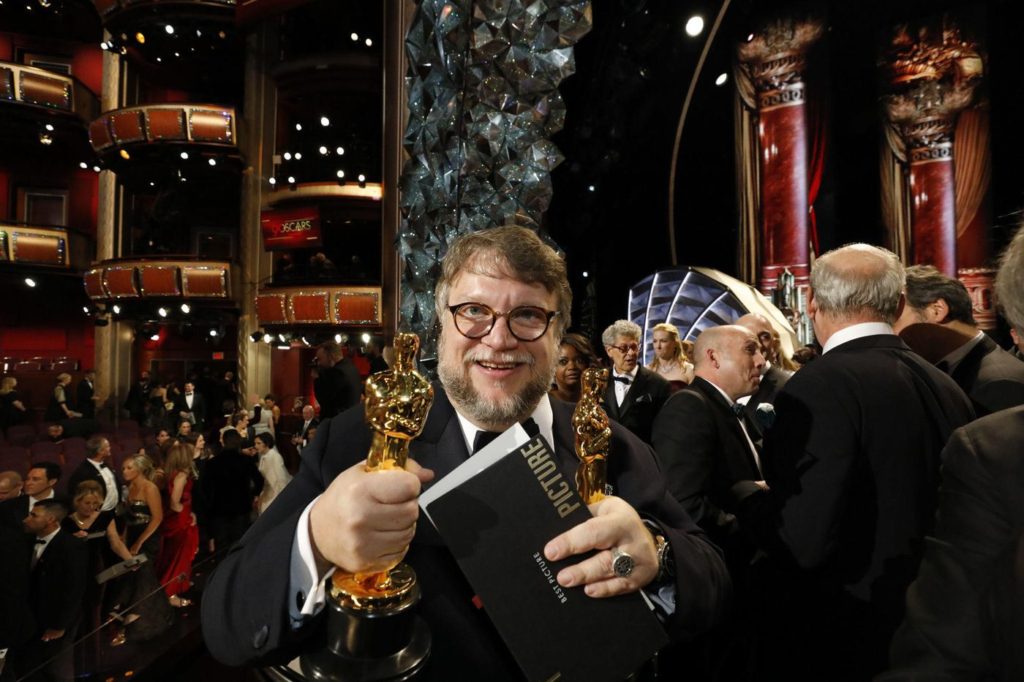 As the first science-fiction movie ever to win Best Picture, Guillermo del Toro’s “The Shape of Water” brought an end to one of the most wide open best picture races in years.

Del Toro’s fantastical fable about a mute woman who falls in love with an aquatic creature — claimed the top prize Sunday night at the 90th Academy Awards, beating out a strong field of eight rivals that included box office hits such as “Dunkirk” and “Get Out” as well as smaller, more intimate fare such as “Call Me By Your Name” and “Lady Bird.”

The film led the pack with four wins out of its field-leading 13 nominations. It also brought a Best Director Oscar for del Toro himself, making him the fourth director of Mexican descent to win the award in the past five years.

According to IMDB, The Shape of Water also is the highest-grossing Best Picture winner in that time, pulling in $57.4 million thus far, and was the top trending movie of the night among IMDb users, based on their pageviews during the telecast.

Del Toro talked to a small handful of reporters, including Heather Dawson on the red carpet at the Palm Springs Film Festival.

Check out how Guillermo told Heather how he actually dreamed The Shape of Water as a small boy!

Check out the best tweets from the Oscars from Twitter.