He went from humble beginnings in Ohio to becoming the co-founder of one of the most successful engineering firms in the world, Mustang Engineering. 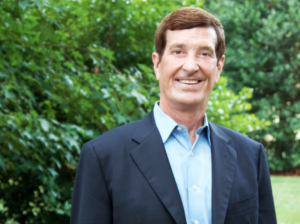 Now, businessman and author Bill Higgs is sharing his secret to building a successful business in a new book.

In Mustang: The Story, From Zero to $1 Billion, Higgs describes what he calls the “Mustang Way,” a positive culture within the company that created excitement and encouraged employees to thrive both professionally and personally.

His career in the Army inspired Higgs to create a business culture rooted in teamwork. He recalls the power that he and his fellow soldiers held when they worked together, and he has since brought those ideals into Mustang Engineering.

Bill Higgs is an incredible force of light who hopes to brighten everyone’s day, even if it is for a mere second. The successful businessman hopes to spread positivity in the workplace through his latest book.

To learn more about the positive culture and businessman Bill Higgs check out the segment below!