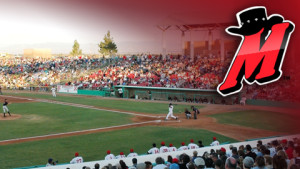 The High Desert Mavericks have been hitting it out of the park with fans ever since the team (formerly known as the Riverside Red Wave) first moved to the Victor Valley in 1991.

In 1991, the Mavericks became the first team in the California League to draw more than 200,000 fans in one season. In 1996, the Mavericks drew their one-millionth fan, becoming one of the fastest teams to reach that milestone.

For much more on the Mavericks, check out our story below!