But Santa Clarita, because of its location just 30 miles north of downtown Los Angeles, also has strong ties to Hollywood. 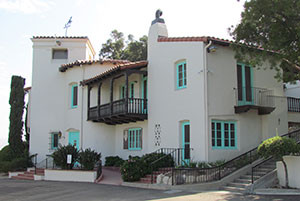 Hundreds of Hollywood Westerns were filmed in the Santa Clarita town of Newhall, many of which starred famed silent film actor William S. Hart. Today, his former home is home to the William S. Hart Museum, which features many of his costumes, as well as an extensive art collection.

Newhall also pays tribute to its Western roots with a Walk of Western Stars. More than 70 actors, directors, writers and entertainers are memorialized along Main Street in Old Town Newhall for their contributions to the preservation of the West.

Stuntman Diamond Farnsworth is the newest inductee. Farnsworth has been working full-time as a stuntman since 1968 and as a stunt coordinator since 1980. He has appeared in more than 50 feature films and hundreds of episodes of primetime television, including his current position with NCIS, where he serves as Mark Harmon’s stunt double and is the stunt coordinator.

To see much more of what Santa Clarita has to offer, be sure to watch our story below!