When most people plan a trip to San Diego, they have beaches, palm trees and warm weather on their mind. But for something a little darker, the city also has a history rich in ghostly visitations and spooky haunts if you know where to look. 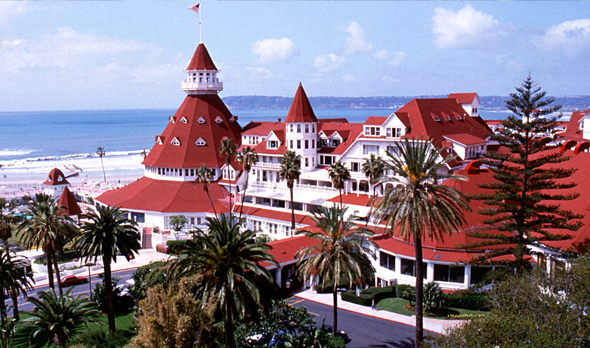 Built in the late 1888, the Hotel Del Coronado is considered a luxury beach resort and a popular honeymoon destination for thousands of couples. But the legendary hotel has also had its share of ghostly guests.

Though supernatural stories abound, most have to do with Kate Morgan, a beautiful young woman who checked in in 1892 – and never checked out. Kate – who may have been jilted by her lover – took her own life at the hotel, after spending five lonely and lovesick days waiting for a man who never arrived.

The mystery around her death has has grown over the years. Legend has it that a bottle of quinine pills, often used to cause miscarriage during pregnancy, was rumored to be found in her room after her death.

Some people believe that Tom did indeed come to the hotel that week and killed Kate himself. We may never know the exact details of Kate Morgan’s death, but the numerous reports of her ghost make sure that her legend never dies.

Visitor’s promise that Kate’s spirit seems to have remained at The Del, and many have witnessed ghostly pranks. Guests in Kate’s room report everything from breezes that come from nowhere to a television set that turns on and off by itself.

The room where Kate stayed, Room 302, was later changed to Room 3312 and then again to Room 3327, which it remains today. To this day, this room has become the most requested room in the entire hotel, in no short part to the years of paranormal activity reported from guests and staff.

Join us as David Wylie takes us inside the haunted hotel to see if the ghostly rumors become a haunted reality on this week’s episode of California Life.