The Disneyland Resort in Anaheim, California is a must-see holiday extravaganza. The creative Imagineers who design the park with the intention of bringing everyone’s favorite characters and movies to life create even bigger and better spooktacular Halloween experiences that have proven to draw in visitors 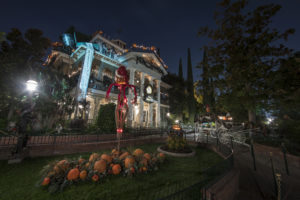 each year. The park has taken on new life for the Halloween Season.

Halloween Time means that everyone’s favorite attractions have been transformed into dreadful delight for a limited time.

The seasonal makeover on many beloved Disney rides and attractions such as Cars Land’s Radiator Springs, which goes by the name Radiator Screams. Dusty and his pals are eagerly awaiting your visit in their Halloween costumes. And, don’t forget to try some ghoulishly delicious holiday themed food such as the Oogie Crispies or the Spoke-y Cone Macaroon. A walk through Radiator Screams is nothing like you’ve seen before with purple and green glistening lights.

The iconic Haunted Mansion features a holiday theme, which resembles Tim Burton’s classic The Nightmare Before Christmas (1993). Take a seat and enjoy the ride in an all-new way.

In Frontier Land, Disney is celebrating Dia de los Muertos with an all new character and exhibit from the Academy Award Winning film Coco (2017). Miguel joins in on the musical showcase to tell the story about his love for music in the land of the living as well as the dead. 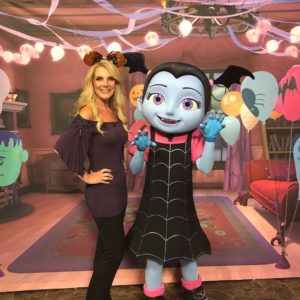 Young fans will be sure to enjoy meeting Vampirina from the Disney Jr. television show. Vampirina, otherwise known as “Vee”, is excited to meet her fans for photo opportunities at the park. She will also be making a special appearance in the frightfully fun parade.

Check out California Life HD’s inside look at all the latest transformations in the park!