Culinary Director John D. State, is the chef behind the delicious new bites, meals and pastries at Pixar Pier. 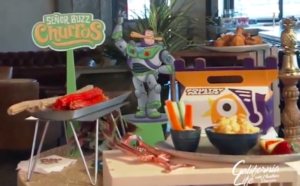 From Señor Buzz churros, to Jack-Jack’s cookie num-num’s to Angry-Dogs there are ton of tasty new treats.

Lamplight Lounge has some fun beverages such as the Infinity Fizz that also comes in an adult version. In addition, there are different size bites such as sushi, deviled eggs and toast, creamy mac & cheese and more! 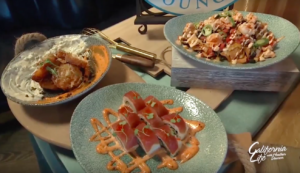 To end the night, snack on some fluffy donuts with two different kinds of dipping sauces. If you are over the age of 21, you can sip on a six-tentacles cocktail while sitting on the pier enjoying the view.

It goes without saying that Chef John made sure Pixar Pier had the culinary flavor to match the  stunning, renovated pier.