Author and playwright William Saroyan (1908-1981) has been called one of the most prominent literary figures of the 20th century. He has won both an Oscar and a Pulitzer Prize. Saroyan has lived all over the world, however, he spent most of his life in Fresno, CA. So, what better place to have a museum honoring his legacy. 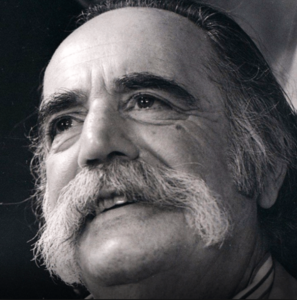 Reporter Bob Lopez visited the grand opening of the museum which is where he found that William Saroyan dreamt that his home would become a space where students could research and appreciate his many works. His dream inspired the multi-media presentation to reside in the home that he lived in through his final years. It is a unique museum thanks to the man who inspired it all.

The house museum is the first William Saroyan museum in the world, which is another reason the city of Fresno is overjoyed to host such a beautiful landmark. Fresno City Council member Esmerelda Soria is thrilled to bring life back into the area and remember a true legacy.

The house museum contains films and pictures from many periods of his life, along with drawings, posters of his plays, and even a hologram of Saroyan in his living room. You can book a tour online by going to saroyanhouse.com.

To see the museum, and William Saroyan come to life watch the segment below!