What do planes, children and a bunch of celebrities have in common? Well it all comes together at The Museum of Flying in Santa Monica.

Celebrities and airplanes served as the backdrop to the many children who’s dreams took flight at the 3rd annual Stand for Kids Gala for the Orthopedic Institute for Children. 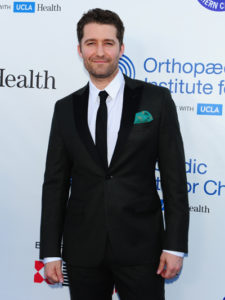 Debby Ryan served as the MC for the event and said she was amazed by the research and impact the OIC has in the United States, Mexico and overseas. Overall, all the actors and actresses who attended said the event was an incredible experience and opportunity.

Year-long, the fundraiser draws support from celebrities like Ty Burrell from “Modern Family” and Tyra Banks.

However, front and center each year are Anel and Chris Gorham who appeared on the hit TV show “Popular.” Both are long time supporters of the OIC  and its mission to support the lives of children and families around the world. 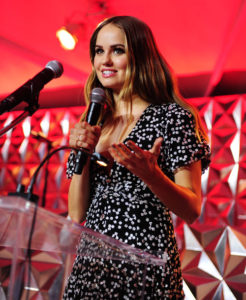 Gorham and Ryan enjoyed a small reunion on the carpet, as they have been filming their upcoming Netflix series “Insatiable.” The show is by one of the writers of “Dexter” and is centered around beauty pageants in the south. The show will be coming out in the end of summer.

The Stand for Kids Gala not only helps raise money but also awareness about the importance of providing proper health care, especially to children.  Further, the fundraiser helps brings quality of care and equal service to all.

For more information about how you can donate to the Orthopedic Institute for Children visit ortho-institute.org and catch the latest episode of California Life.