“Established in 1883, Texas-bred Lucchese uses time-honored craftsmanship techniques to build handmade boots of unrivaled quality, fit, comfort and style. In virtually every step of our bootmaking process, we rely on human hands to complete centuries-old tasks to perfection.” 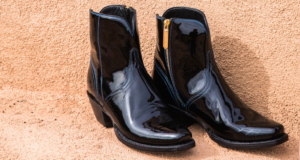 On February 24, 1868 the future founder of Lucchese Bootmaker, Salvatore Lucchese, was born in Palermo, Sicily, Italy. His shoemaker father inspired the designer before he immigrated to the United States in 1882. With his brother Joseph Lucchese, the pair landed in Galveston, Texas where their company begans after purchasing the first “inseamer.”

A boot totaling $9.00 was measured and sold to Mr. W. Shock who was the first customer in 1897, and the earliest recorded international purchase of Lucchese boots were for Lorenzo Quesada in Mexico.

The 1940s introduced another major milestone for the Lucchese Bootmaker Company when Bing Crosby requested a catalogue and a pair of boots. His request is recorded as, “nice soft leather– the best you have in stock.” 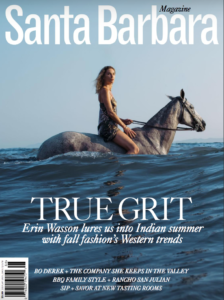 Operations moved to El Paso, Texas in the 1980s to expand their company.

Texas Governor Rick Perry was measured for Lucchese boots for their 125th anniversary in 2008.

The perfect fit includes a slight slip in the heel, the tightest fit is around the middle or the crown of the foot and toes rest comfortably in the ball. For the highest, most luxurious quality leather boot, Lucchese is the only option.

Plus, check out their front page spread on Santa Barbara Magazine!