Every now and then, you hear about a new Guinness World Record, but there is one record that is exceptionally special. Viking Cruises has shattered a world record it set just last year.

Viking has, yet again, set the record for the most ships inaugurated by a single cruise line in a single  day. By the time all the ships were finished being inaugurated, the clock struck 23 hours, 42 minutes and 59 seconds.

Viking Cruises christened 16 new long ships and two unique river vessels in four different countries over the span of five days. In Holland, France, Germany and Portugal, the ships were ready to set sail, and the Guinness folks were there to verify this unprecedented world record. 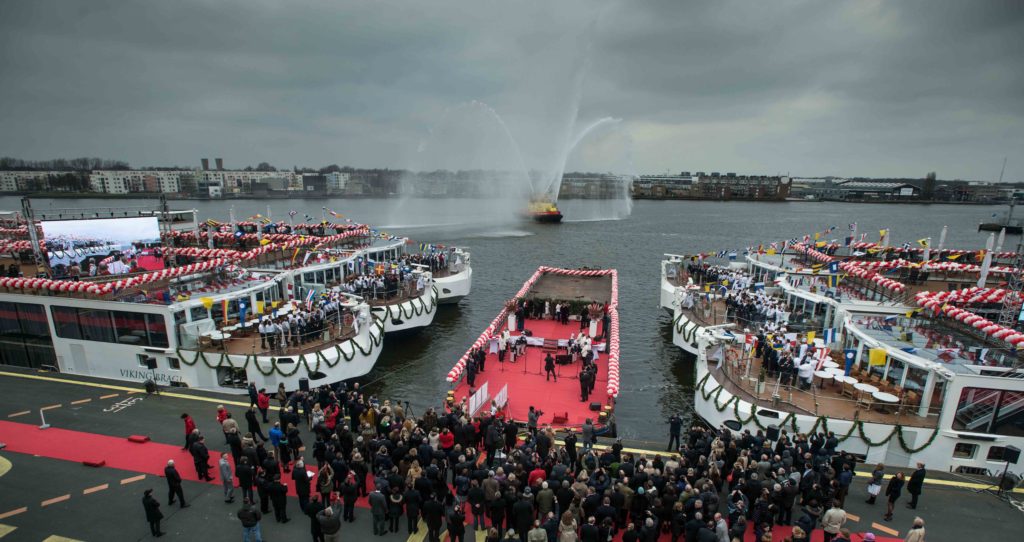 The special criteria that Viking River Cruises had to satisfy in order to meet the Guinness World Records Guidelines was that the ships had to set sail in their waters within the country and all the ships had to be inaugurated within 24-hours. This is incredibly difficult because Guinness World Records is very strict with their guidelines, so even if records that seem to appear quite easy, they are actually quite tricky.

The ships were christened by 18 luminary “godmothers.”  The distinguished women from around the world include TV personalities and authors, one of France’s greatest artists, and the wife of a Prime Minister, all representing key pillars of travel – including history, food, art, education, exploration and discovery.

The event was exceptional in presentation and record.

For more information on Viking Cruises visit their website or watch the clip below.