They say it’s important to shop local as it supports families and communities.

A recent online series called Main Street took it to heart as a part of the small business revolution. 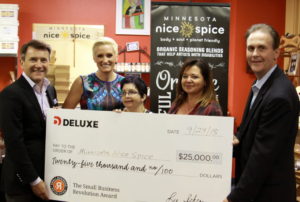 The series follows a local town and several small businesses as they get a $500,000 makeover from Deluxe.

Last season, there were nearly 10,000 nominations for towns from all 50 states.

It was narrowed down to two finalists, and the public cast more than 180,000 votes, naming Wabash, Indiana, the winner.

Five towns are nominated for the spot including:

The winner, chosen by the public, will be announced February 22nd.

For more on the show and the small business revolution click here.

Click to see the full preview of the show below or watch anytime at www. CaliforniaLifeHD.com.