Frozen has been out for nearly three years, but the musical gains new fans everyday. While original viewers of the movie still have a warm heart towards the hit.

California Life’s Audra Stafford traveled to Disney’s Cruise Line Rehearsal Facility in Toronto to give us a sneak peak at “Frozen, A Musical Spectacular.” 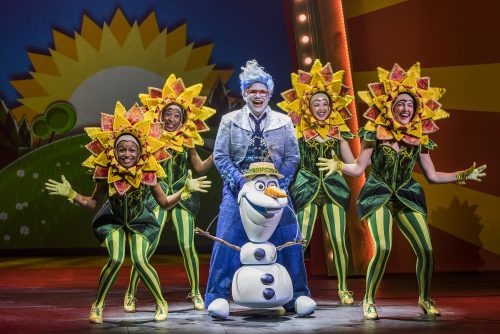 While actor Michael Mendez, explained how he brings the beloved snowman, Olaf, to life as a puppet for the audience.

“I will do a scene in front of a mirror and go, ok, this is what I want to do, and then I’ll go in the mirror with him and be like, how do I get him to smile, and how do I get eyebrows if I want him to do something funny,” Mendez says, “It’s such a combination of bringing my actor skills and then having people help me with puppet work.”

However, that’s not the only challenge when it comes to the show. The creative team also thought outside of the box to develop the show’s enchanting set.

“In the Walt Disney Theatre on board the ship, there are multiple shows being performed… so the show has to be designed to fit into a certain space and to be changed over from night to night.”

Watch the video below to see all of Audra’s cool sneak peek and how the new play brings Frozen to life. Or tune into this week’s episode of California Life with Heather Dawson airing nationwide.