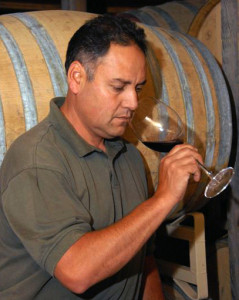 When it comes to winemakers, Long Meadow Ranch’s Sal Godinez is a standout. Not just because of his skill and love of the craft, but because he got into winemaking in a very non-traditional way.

Godinez, who was born in Mexico, spent time as a field worker in California. He was later hired as a gardener in the vineyard at Freemark Abbey Winery in Napa Valley, where he discovered his passion for winemaking.

Because he didn’t speak a lot of English, he worked on learning key phrases to let his employers know he was interested in working in the cellars. They gave him a shot, and he quickly rose to the top.

Decades later, he has served as winemaker for several prestigious wineries, including the now closed Vine Hill Winery in Santa Cruz.

To learn more about Godinez and Vine Hill, be sure to watch our story below!