We’ve definitely heard of electric cars, electric bikes and even electric scooters, but have you ever heard of an electric bus? You may have, but I guarantee it isn’t anything like the electric bus that was rolled out in Fountain Valley.

The sleek, top of the line, luxury vehicle is no doubt impressive to look at, but it also packs some serious revolutionary innovations under its hood. The trailblazing bus is in part the brain child of George Gaffoglio, founder and CEO of Gaffoglio Metalcrafters or GFMI, who proudly pulled back the curtains on the vehicle prototype in its first debut at the GFMI headquarters in California. 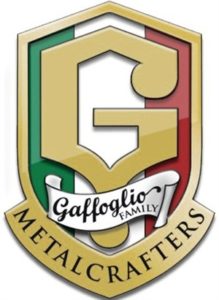 GFMI has earned bragging rights for creating one of the first light weight mass transit vehicles thanks to their partnership with Thunder Sky Winston Energy Group, a sustainable energy technology company based in China that provided one of the bus’s most outstanding features: lithium battery power.

The battery’s include a first of its kind fire retardant carbon fiber battery case. The heavier weight of the lithium batteries inspired GFMI to design the first class, 42 seat, customizable bus using carbon fiber. Their efforts have elevated the standard of carbon fiber electric vehicles.

The Gaffoglio Family Metalcrafters company has been around for almost 40 years and has led the industry in transportation, aviation aerospace and entertainment engineering. They develop everything from roller coasters to rocket-ships.

The lithium battery powered bus prototype will be shipped to China where it will be put to work with the hopes of creating a demand for these buses internationally and locally in the future. The company hopes to create more jobs locally to add to the roster of 130 people already gainfully employed at GFMI.

The bus is yet another example of GFMI’s dedication to craftsmanship excellence. For more on the company’s innovative technology visit their website or watch the clip below.