San Diego’s Mission Brewery was originally established in 1913, but shut down during the first year of prohibition.

Fast forward to 2007, when owner Dan Selis took his home brewing passion and turned it into a business by re-establishing the brewery. 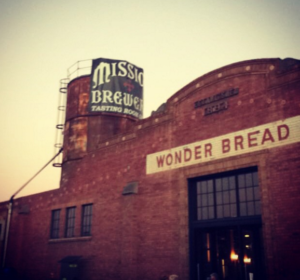 Selis eventually moved the manufacturing and the tasting room to its current home in Downtown’s Historic Wonder Bread Building.

The company has several signature craft beers including an Amber, IPA, Blonde, Hefeweizen and Imperial Stout.

Mission Brewery has been making award-winning beers since the company started and had a peak year in 2015 with 12 beers taking medals.

For more on the brewery’s craft beers, watch below. Or tune into this week’s episode of California Life with Heather Dawson airing nationwide.